Cambridge Race Cars was formed early in 2003 by Jonathan Wright and his close knit team of engineers and technicians. Prior to forming the company Jonathan spent many years running Industrial Site Services - an engineering company supplying services to the aircraft and automotive industry.

Over the years Jonathan and his team have built several kits and competed in many motorsport events with the 750 motor club. For the last five years the team has competed succesfully in the RGB championship in a Westfield MegaBusa and Radical SR4 winning the championship in 2006. 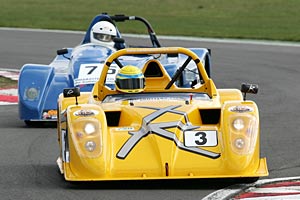